What Kind of Carpenter Ants are Found in BC 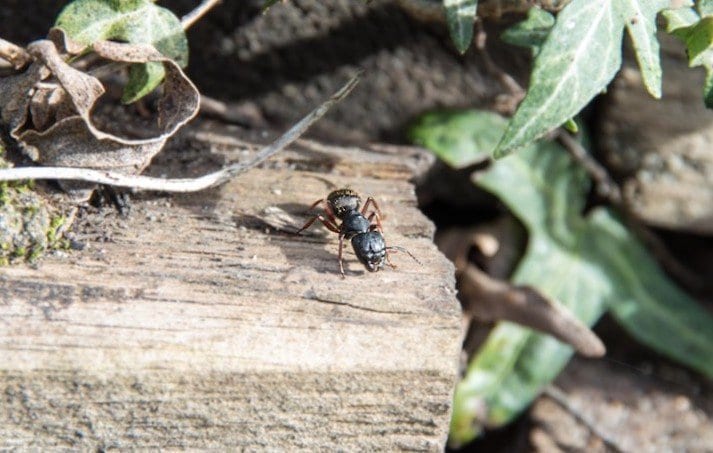 Previously we learned how to identify carpenter ants and why we get them, now let's take a look at the reasons why we get carpenter ants in British Columbia specifically. Remember, carpenter ants are tricky to control, so if you're unsure what to do give us a call and one our ant control technicians will help you out.

Carpenter Ants in BC

Most people have encountered ants in a negative context, e.g., when discovering that the lovely picnic site was actually on top of an ant nest. Carpenter ants are serious structural pests in some areas. However, ants are central to ecosystem function, and in many ecosystems they are keystone species, i.e., their removal from the ecosystem would significantly alter its function, with many other organisms impacted negatively.

Ants perform numerous important ecological functions. Their occurrence as staple food for many birds and Ants are also an important dietary component for bears. one study found that "The ant season was found to occur from mid-June to mid- to late July, when berries began to ripen.  Ants and ant larvae were the main food items observed to be eaten by bears during this season.  Bears searched for ants in old logs and under stones."  Grizzly bears in the Prince George area feed on ants when succulent herbal growth becomes sparse, and berries are not available, in late summer.

Carpenter ants are among the dominant ants in sub-boreal forests, where they are perhaps the most important organisms in physically breaking down wood. In the Prince George area, Camponotus herculeanus dominates in most forest types, while we have found C. modoc in a dry Douglas-fir stand on a south-facing slope. C. vicinus was also found on this slope, but this species nests under rocks.

Ants in the genera Formica and Camponotus are commonly seen carrying prey. Species in both of these genera can have huge nests, containing tens of thousands of workers, so it is conceivable that they have significant impact on forest health by preying on the caterpillars of important defoliators, at least locally.

–> Need Help Removing Carpenter Ants From Your Home? Get a Free Quote <–

The insect fauna of Central Interior and Northern British Columbia is very poorly known. It is not surprising then, that very little is known about the ants of this region. Very few collections of ants have been made north of the Chilcotin, so it is difficult to estimate the number of ant species present in this region. Based on collections, one study estimated a minimum of 25 species of ants in the Yukon. Similar numbers are likely in the Central Interior of British Columbia. To date, we have found 23 species in three subfamilies near Prince George, and an additional number of species near Houston, BC, and Williams Lake, BC.

Many ants utilize dead wood for nest construction. The most well-known of these are the carpenter ants, Camponotus spp. These large, but often shy and non-aggressive ants construct their nests in decayed logs or standing trees, including heart-rotted live trees. Many other ants also utilize wood, e.g., species in the genus Formica often nest in stumps or coarse woody debris.

-Thanks to Klinkenberg, Brian. (Editor). E-Fauna BC for sharing his information on this subject matter.
Electronic Atlas of the Fauna of British Columbia [www.efauna.bc.ca]. Lab for Advanced Spatial Analysis, Department of Geography, University of British Columbia, Vancouver. [Date Accessed]

–> Next up, learn how to spot carpenter ants at home

Westside Pest Control is the no1. Ant Control company in the lower mainland. In addition to carpenter ants, we also treat for Fire Ants and Pavement Ants. If there is a need for professional help with an infestation contact of of the team today on 604-559-9060, we would be happy to help.