Westside Pest Control has provided some information for you regarding many different types of pests and wildlife. We provide some great tips for homeowners, businesses, and commercial facilities in order to keep the pesky pests at bay!

Got Silverfish problems? We share some top tips to get rid of these pesky buggers!

No need to panic, Silverfish pose no risk to your health – however, they can cause problems in your home or business if not taken care of as they feed on all types of items including stored boxes, paper, clothing and food – they love to feed on starch and carbs!

HOW TO GET RID OF SILVERFISH?

Let’s take a closer look at the Silverfish species so you can identify them and locate the source of infestation:

Silverfish have elongated and fairly flat bodies (a quarter inch to half an inch long). They are completely harmless but still in pest category most likely for their appearance. Other typical characteristics:

Silverfish love damp, high humidity areas such as basements, laundry rooms, bathrooms and kitchens – and anywhere that contains moisture. Nocturnal creatures, Silverfish hangout in cracks and crevices during the day, and become active at night on the hunt for food. You may see yellow stains or scales, leaving behind a trail as it moves.

Got Carpenter Ants all around your pavements? We share some top tips to get rid of these pesky buggers!

No need to panic, carpenter ants don't pose a threat, they are not capable of spreading disease. – however, they can still be dangerous. The danger with carpenter ants comes from the fact that they make their nests in wood. If they choose your home for their nest, they can cause serious structural damage. 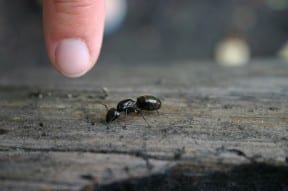 Carpenter Ants - What Can You Do

HOW TO GET RID OF CARPENTER ANTS

Let’s take a closer look at the carpenter ant species so you can identify them and locate the source of infestation:

In order to eradicate the colony, the primary nest has to be detected and treated. Most common mistake is disturbing the nest by insecticides or repellants without reaching the queen. Result of it is colony moving to the different part of the structure and you have to start with searching again.

Also when the colony is in danger the queen goes into egg-laying overdrive to repopulate the colony, which could well make the original problem even worse. Another procedure is open up the wall and vacuum the entire nest and also replacing damage wood.

Because of those difficulties the easiest way is to call professionals and they should apply non-repellent borates into the wall cavities. It works best for simple reason - it’s not detectable by carpenter ants.

Got Pavement Ants all around your home and yard? We share some top tips to get rid of these pesky buggers!

Don’t worry, pavement ants are mainly a nuisance, rather than a danger to humans. Pavement ants are a very common pest in Vancouver. They fall into the category “hard to prevent” since they commonly reside under sidewalks, driveways, and the foundation of homes and other structures. Pavement ants are a very tiny insect and often unseen until they reach the kitchen or outdoor patio to forage for food. Sometimes mistaken for carpenter ants, winged pavement ant reproductives swarm in late May or in June to swarm. Carpenter ant swarms on the other hand usually occur between later March to early May 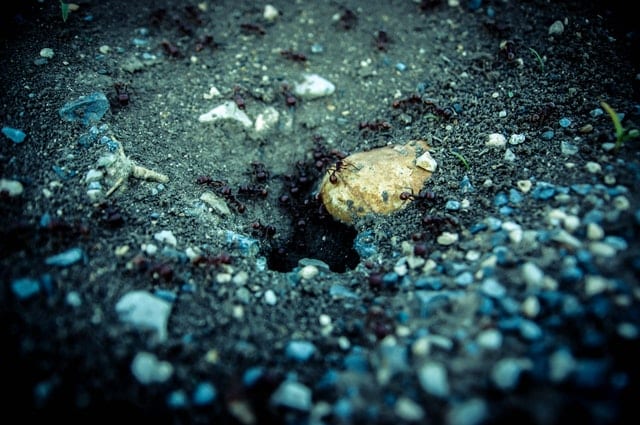 What Can You Do To Prevent Pavement Ants

HOW TO GET RID OF PAVEMENT ANTS

Let’s take a closer look at the pavement ant species so you can identify them and locate the source of infestation:

It’s good idea to take a walk around your house to look for signs of pavement ants. What to look for? Based on the name you can likely guess where pavement might be located. Generally below sidewalks, driveways, slab-on-grade foundations are perfect places for nesting.
An obvious sign of pavement ants during the summer is piles of sand - sand in between pavement cracks, patio stones, against foundation etc. The pavement ant diet is various: insects, seeds, honeydew, honey, bread, meats, nuts, ice cream, cheese or any sugary substance. Pavement ants love sugar!

Seal up cracks and crevices around window and door frames with Purchase an insecticide with Boron or Borax solution at your local hardware store. Liquid based preferably.

Got Pigeons flying around causing havoc? We share some top tips to get rid of these pesky buggers!

Birds like pigeons are mainly a nuisance. Aside from the frequent annoyance at parks and beaches, these birds can reek havoc in warehouses, city locations, and commercial facilities. They may not to be harmful to humans, but can be detrimental to a businesses. 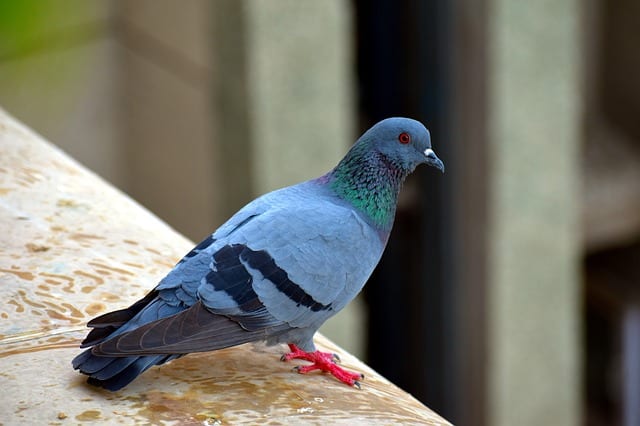 What Can You Do To Deter Birds

HOW TO KEEP BIRDS AWAY

Let’s take a closer look at the common birds in Vancouver so you can identify them and locate the source of infestation:

One of the most common pest in Vancouver ~ Feral pigeon. Originally as domestic pigeon (derived from wild rock dove) has been released back into the wild - our current Feral pigeon. There are many kinds of pigeons coming in colorful pallet.

There are couple things which home and business owners could do to prevent pigeons roosting even the pigeons are very persistent.

They cause millions of dollars in damage to urban areas of Vancouver annually. Those birds are able to cause a damage because of:

Which options do we have for solving the pigeons issue? Except trapping and shooting the most effective way is exclusion. Best equipments for exclusion:

Fake hawk or electronic devices have not been proved as 100% efficient. They are good way how to increase your chance to prevent the pigeons roosting.

Hear scratching in the walls? Feel like you should do something about it?

Unfortunately, yes. Rats can carry many diseases that are harmful to people. They can also be dangerous when they gnaw on electrical wiring. Rats are tricky to handle with pest control companies are constantly battling to eliminate these pesky rodents.

What Can You Do Prevent Rats