Rodent Control in North Delta BC

HAVE PROBLEMS WITH MICE OR RATS? CAN’T CATCH THEM?

Westside Pest Control Ltd Specializes In Rat Control And The Removal Of Rats And Other Rodents From Residential Homes And Commercial Businesses In North Delta, B.C.

Have a problem with Mice or Rats scratching at the walls? Our technicians will help you get rid of your rodent problems, once and for all!

Rodents in the kitchen? In your warehouse? Our Technicians can help eliminate rodents from your facility

Keep your neighbourhood rodent free with our rodent maintenance programs. Read more about our programs here

Seen a mouse in the house? If you spot one mouse, the chances are, you have more!! Mice roam in packs! We can help with keeping rodents away from your home at all times of year.

Your commercial facility is a perfect environment for rodents to thrive. If you are dealing with food products, healthcare, or other warehouse services, you need to have a rodent management program to ensure product safety.

Rat Control and other Rodent Control in North Delta

HAVING TROUBLE MANAGING THESE PESKY FELLAS?

Rats are a much more common urban pest in North Delta and the lower mainland than many of us are aware of.

Westside Pest Control LTD specializes in rat control and the removal of rats and other rodents from residential homes and commercial businesses in North Delta, B.C.

Our trained technicians will inspect every inch of your home or business including the roof, attic and crawlspace.

Part of our process always involves closing off all potential rodent access points (entry point exclusion). As much as we would love your future business, our goal is to ensure all potential entry points from the roof to the foundation are sealed so that rats and other rodents are unable to re-enter the home or building.

How To Spot Rodent Entry Points 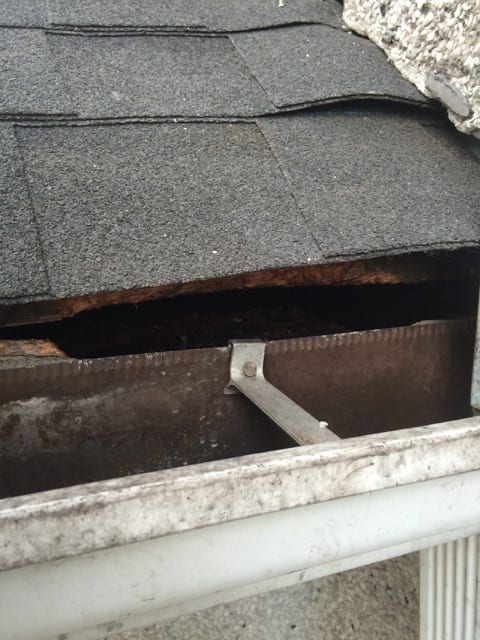 When houses are re-roofed, there is often a 1” – 2” gap left between the facia board and the edge of the roofline. It is very common for rats and squirrels to take advantage of this deficiency and create a larger opening by which they can enter the home. Pictured: Vancouver home where rats gained access above the gutter- taken by Westside Pest Control technician.

Two other pest control companies in the past decade have tried unsuccessfully to get rid of rodent infestations into our 1910 house, with very unsatisfactory results using primarily poison. The first company advised to use steel wool and plastic spray compound to close crevices indoors, and put out closed trays of poison. A couple of years later, a second company gave similar advice and used another poison. Both reassured us that the warfarin would cause the rodent bodies to dry up without any malordorous smell. The smell, which the first time led my husband to take apart an entire wall in our basement to the lathe strips without finding the rotting caracass, nearly drove us out of the house for the 4 or 5 weeks it took for the body to dessicate. We never did find the body, only flies. After that, we only used traps. During this unusually cold winter, we heard audible evidence of a nest in the wall and ceiling of our dining room. We were desperate to get rid of them, and called Westside on the strength of excellent reviews on Homestars and on Yelp, and the personal recommendation of a friend and neighbour who also lived in a 100 year old house.

I give kudos to Jeremy and especially to Brennan, who provided a service above and beyond the pale. The first visit was January 27, 2017. Jeremy identified several places of ingress in the foundation, closed them, installed a oneway exit door for the rodents living in the wall to escape and be caught in one of the three closed traps outside, and made a follow up visit in one week. The second visit occurred during the heavy snow fall, such that Westside could not go up a ladder and check the gutters and roof, but a rat was trapped, and two new holes were discovered at ground level. The third visit was delayed by snow, but a couple more holes were discovered. I kept on hearing activity in the wall and the ceiling, always in the same place. On the fourth visit, Brennan thought he had found the culprit – a hole in the corner of the aluminum fascia of the roof (which was installed 5 years ago). Sadly I continued to hear the scratching of a happy rodent family in the walls, and today Brennan said he might have to cut a hole in our ceiling to place a trap up there as a last resort. I was all in favour, but welcomed the sound of a drill outside where Brennan checked the roof perimeter on his ladder and found TWO little spaces in the fascia on either side of a bump out bedroom wall where the rodents were getting in. He installed another oneway door and closed up the holes with wire mesh. Thereafter I heard frenzied scratching and activity for an hour or so, but I am encouraged and hopeful that the next visit may actually be the LAST! These guys really stand by their guarantee that they will return until I am satisfied that they have rat-proofed my home and all activity has ceased, with no (decaying) body left behind. They are RAT BUSTERS. I am totally impressed and satisfied with their persistence, customer service, punctuality, and guarantee that they will keep coming back until the house is rat-proof. Brennan is the BEST – he never gave up. From the first telephone call to the followup emails and phone calls and prompt service, everyone was courteous, punctual, respectful and they really know their stuff. I endorse Westside Pest Control wholeheartedly. They are solid, dependable and trustworthy.

Rats love to chew electrical wiring in homes and in vehicles 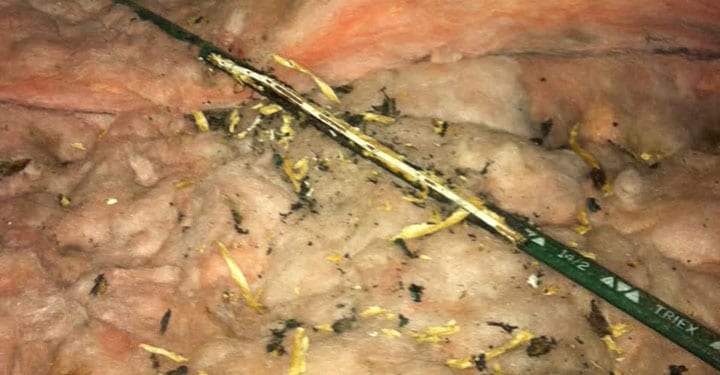 Bad smell coming from the walls? We are your rodent control experts for getting the smell and the source of the smell removed from your home as seamlessly as possible. In addition to rodent removal and prevention, we also specialize in complete clean-ups of the affected area.

The common types of rats in the Lower Mainland are the Norway rat and roof rat.

Norway rats like to burrow and therefore build their nests in wall voids, underneath sidewalks or decking, and may dig up and also nest in vegetation. They can also turn up commonly in attics and crawlspaces.

Roof rats can live in areas of the home above ground (i.e.. attic). They also live in, garages, sheds and even trees.

Rats are typically distinguished from mice by their larger size and longer tails.

Rats mostly consume foods containing carbohydrates. They get their vitamins and nutrients from vegetables and fruits – MAKE SURE YOUR COMPOST IS SEALED!

The smallest mammal belonging to the rodent family is the mouse. The most common breed of mouse in North America is the house mouse. They vary in colour from white to grey, and light brown to black.

In the wild, mice live under a year due to predation and harsh environments. However, in protected environments such as your home mice can live two to three years and breed a lot. One female can have between 5 and 10 litters per year, so the population can increase very quickly!

Mice will eat almost anything but they prefer cereals and insects. Keeping a spotless kitchen is an essential part of getting any mouse infestation under control.

Mice are arguably the most difficult pest to eradicate. Several (4-6) service visits is common for mice and rodent control.

Tiles are a popular roof choice for many home owners in Metro Vancouver. They are are great for aesthetics, longevity and preventing leaks. Unfortunately, tile roofs are also notorious for providing easy access into homes for rats and squirrels.

As tiles move, they can be difficult to seal from rats and squirrels. There are often more than 100 points of entry depending the size and design of the house. It can be effectively done however! 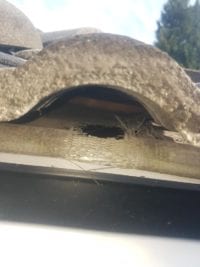 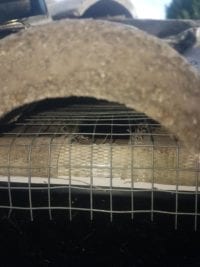 We Are Your North Delta Rodent Control Specialists!

Westside Pest Control LTD specializes in rat control and the removal of rats and other rodents from residential homes and commercial businesses in North Delta, B.C.

After a few simple questions, free estimates can be given over the phone for rodent control in Vancouver, Burnaby, Surrey, Coquitlam, Richmond, North Vancouver, West Vancouver, New Westminster and the rest of the Lower Mainland. Call the North Delta Pest Control experts now at 604-565-9060 or contact Westside Pest Control by email.

Our trained technicians will inspect every inch of your home or business including the roof, attic and crawlspace. Part of our process always involves closing off all potential rodent access points (entry point exclusion). As much as we would love your future business, our goal is to ensure all potential entry points from the roof to the foundation are sealed so that rats and other rodents are unable to re-enter the home or building.

Do you need help with Pest Control? Fill in your details for an instant call back.