Protect Your Home From Pests

PROTECT YOUR HOME FROM PESTS 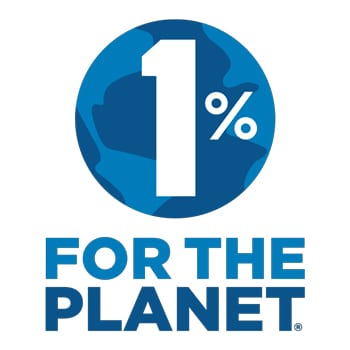 We are a 1% For The Planet member with a commitment to sustainability.

No job is too big or too small for Westside Pest Control. Basically, if you consider it a problem, then so do we. After all, it’s your home and you want to feel comfortable in your home.

START A PROTECTION PLAN
Need Help Getting Rid Of Those Pests? Speak With Our Team Now!

Need Help Getting Rid Of Those Pests?

You're In Good Hands.

“We’d spent weeks battling a noisy and dangerous raccoon invasion on our roof, and then Mike Londry of Westside Pest Control in Vancouver came to our rescue. Mike was prompt, courteous, and unobtrusive. He solved the problem quickly and humanely, while my husband and I went about our busy schedules. His rates are very reasonable. We wouldn’t hesitate to recommend his animal and wildlife control services to friends and family, or anyone else who suddenly finds themselves cohabitating with unwelcome critters. Thanks so much, Mike!”

CUSTOMERS LOVE US ON YELP 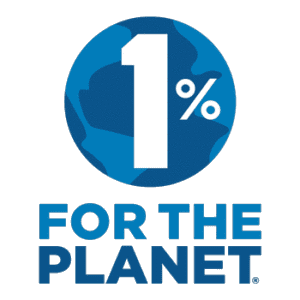 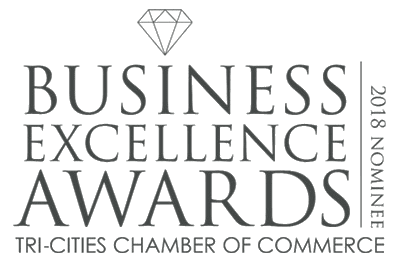 We Are The Local Experts

Some of our recent media coverage. Click on an image to read more.

For all your residential and commercial pest and wildlife

Nobody likes a pest – particularly when the pest in question is making your “Home Sweet Home” a living nightmare. So when wildlife, insects like wasps or pavement ants or rodents are causing you problems, your friends in that time of need are the trained exterminators at Westside Pest Control in New Westminster BC – “The Eco-Friendly Choice”.

Pest and wildlife removal is our specialty, particularly rats, skunks, squirrels and birds. We remove all wildlife humanely and safely, and we always do the job properly by ensuring that all home entry points are repaired or sealed to prevent future incursions from our wildlife neighbours.

Rodent and insect control is handled using government-approved methods that are safe and environmentally friendly for your family and the planet. We rarely use rodenticides, and we even do pesticide-free wasp control and sow bug / woodlouse removal, which isn’t that common in the industry.

At Westside Pest Control we endeavour to be as green as possible with every job because your family’s health and safety are of paramount importance to us. We also believe it’s important to be kind to Mother Nature.

Learn More About Us 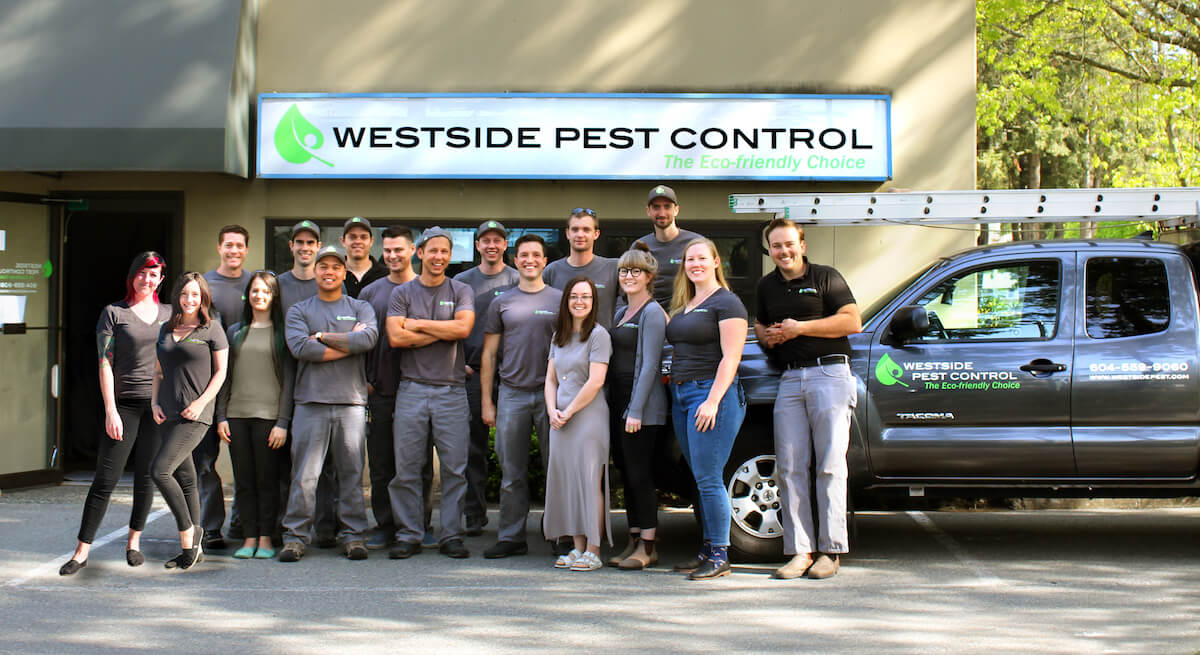 Expert and professional service are the qualities that have made Westside Pest Control the go-to company for every kind of pest problem since 2009 in: 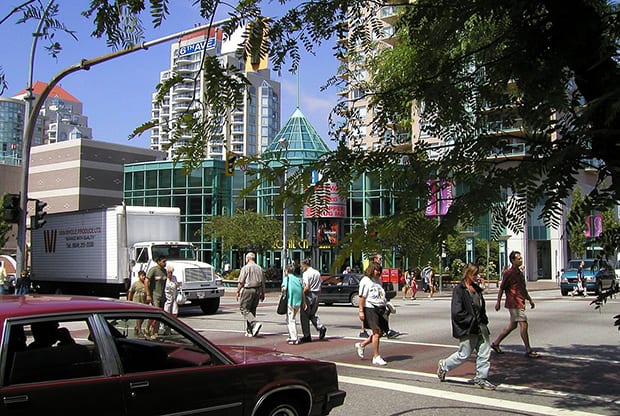 New Westminster – the Royal City – has a long and proud heritage as the oldest city in British Columbia. It was named by Queen Victoria herself, and it served as the first official capital of the Colony of British Columbia. The community is rich in history and rich in tradition, and it’s justifiably proud of the role it’s played in the growth and development of our great province.

Now, with such terrific antecedents, the people of New Westminster might be justified in thinking their fair city should be above the mundane afflictions that affect its neighbours, but that’s not how Mother Nature works, and even those cities once blessed by royalty must suffer the indignities of animal pests. Mice, rats, insects, birds, squirrels, skunks and other such critters are no respecters of cities, royal or otherwise, and it’s for this reason that Westside Pest Control LTD stays so busy taking care of annoying animal pests in New Westminster and surrounding communities.

For the past half dozen years Mike Londry and his team from Westside Pest Control LTD have been working hard to keep Mother Nature’s little friends under control for the roughly 68,000 people who call the Royal City home. The goal is to ensure unwanted houseguests of the non-human kind are dealt with swiftly and efficiently so New Westminster residents and business people can sleep soundly in their beds at night knowing that their homes are secure from pest incursions.

It’s important because the people of the Royal City have better things to do than worry about pests, like taking advantage of the great walks along the Fraser River, exploring the rejuvenated Columbia Street and Westminster Quay, taking in plays at Massey Theatre, enjoying a pleasant evening at Queen’s Park, or taking in one of the province’s great parades at the annual Hyack Festival.

It’s a cinch New Westminster folks would rather be doing any of those things than dealing with animal pests on their own, and that’s why one call to New Westminster’s premier pest control company is so appreciated by local homeowners and business owners.

They know that by calling in Westside Pest Control LTD they’re getting the best in the business, and they know they’ll be treated professionally and fairly each and every time. New Westminster’s best pest control company is more than happy to take care of the critter problems experienced by homeowners and business people. Our services cover a wide range of animal control issues, including:

We receive more calls about rodent control than any other service we offer because, you guessed it, people really can’t stand the thought of having rats and mice invade their homes and businesses. Mice, roof rats and Norway rats are definitely unwelcome in most people’s homes. Nobody wants them crawling through the attic or in the walls doing their thing, which is why residents call the New Westminster rodent control experts so quickly when these guys move in. Westside Pest Control LTD will be there in a hurry to get rid of your rodent problem promptly and effectively because we have the right products, and because we know where to find the pests fast. 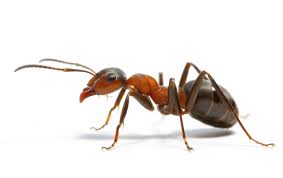 Ants are right near the top of the hit list for homeowners, especially carpenter ants, pavement ants, odorous ants and sidewalk ants. These pests are a challenge to get rid of unless you really know what you’re doing, so a good pest control expert is your best bet for dealing with the various types of ants native to New Westminster. This is particularly true if you have carpenter ants chewing their way through your woodwork. The reason it’s not easy to get rid of ants on your own is because you’re usually dealing with tens of thousands of individuals living in multiple nests, and most homeowners won’t have access to the kinds of commercial-grade products available to professionals like Westside Pest Control LTD. We have both the knowledge and products necessary to combat New Westminster ants effectively. 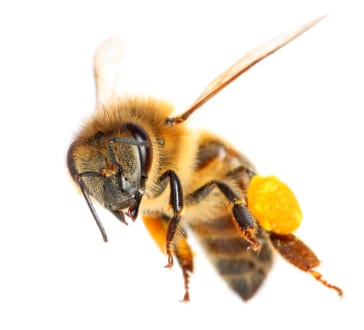 Admit it, you don’t really want yellow jacket wasps and bald-faced hornets ruining your picnics and barbecues. Well, you’re not alone, and both of these creatures can be a real pain… especially if they start stinging. Neither is really welcome anywhere, but they’re not always easy to get rid of. Westside Pest Control LTD can handle your flying insect problems, however, and we’ll show you why our company is considered the best pest control company in Greater Vancouver.
Oh, and if you have a bees nest you want removed, give us a call; we know some expert beekeepers who can do the job and save the bees. After all, bees are an important part of our environment, and we don’t want to be killing them. 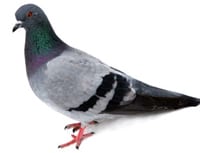 Pigeons, seagulls and sparrows, in particular, can cause a major mess on your property, and as part of a major seaport network with significant parks, New Westminster has more than its share of all three. Think bird poop everywhere, but usually right where you want to enjoy your sundeck, or right above the door. We know you want them gone as soon as possible, and as New Westminster’s premier bird control experts, we can help. We use a variety of methods, but our emphasis is on exclusion, so the birds can’t roost or nest near your building.

Yes, squirrels are cute, and while most people want them gone because of their destructive behaviours, they don’t want to see them hurt. That’s why Westside Pest Control LTD’s main method for getting rid of them is by sealing up your building so they can’t get in. We’ll use live traps and relocation if we have to, but generally just getting them out of the building and then closing up their access points is the most effective method for squirrel control. Squirrel control is mostly about closing up the access points, so we’ll do a complete inspection of your home and plug those holes for you.

Like squirrels, these little bandits look cute and cuddly, but unlike squirrels, these critters should give homeowners pause when dealing with them; it’s a potentially dangerous situation that is best left in the hands of people who know what their doing. Let the raccoon control experts at Westside Pest Control L