Fire Ants In BC 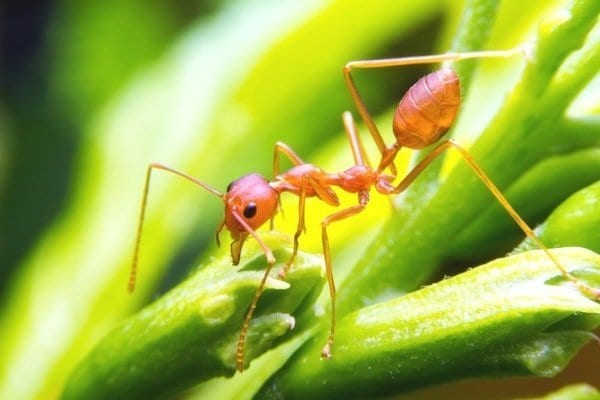 Fire Ants in BC

In our last blog, we learned how to identify fire ants, now let's explore the history behind fire ants and why they exist in BC.

Warning: Fire Ants can be harmful.. and are extremely difficult to control! Proper care is often needed when treating your grass or property for fire ants. Best to seek expert advice first, or call the ant control professionals to take care of them for you.

A History Of Fire Ants

It is hard to ignore the menace of fire ants. As the world’s climate changes and temperatures rise, you can only expect that the problem of fire ants will intensify further. This is because fire ants thrive in warm, humid conditions. This is why many areas of British Columbia become infested with fire ants from spring onwards.

In a new report commissioned by the B.C. Ministry of Environment's Ecosystems Branch, a team of ecologists, environmental economists and city planners speculates that, if left unchecked, the fire ant (Myrmica rubra) invasion of the Lower Mainland could render gardens, schoolyards and golf courses unusable if the ants were "to eventually occupy all areas where they could physically survive and thrive."

BC’s irrigated lawns and gardens, coupled with a moderate coastal climate, make for ideal conditions for fire ants to establish dense colonies. Up to four nests per square meter teaming with aggressive, swarming ants have been reported

They are also commonly found in the loose soil of root wads, making plant transplants the most likely method of distributing the ant across landscapes. Given the high densities these ants achieve once established, the probability of their being transported with soil or plants taken out of an infested area is very high.

This ant has a strong preference for sugars and can be found quickly recruiting to discarded fruit. (they love apples) These ants are also common in trees where they tend aphids for their honeydew (apparently more so than in their native European range). This leads to the recommendation of sugar based Borax baits in control.

Imported fire ant colonies can have a single queen or multiple queens. Single-queen colonies are territorial in nature, limiting populations to approximately 150 mounds containing 7 million ants per acre. Multiple-queen colonies tend to share resources and are tolerant of other colonies in close proximity. These characteristics may allow for up to 300 mounds and 40 million ants per acre. 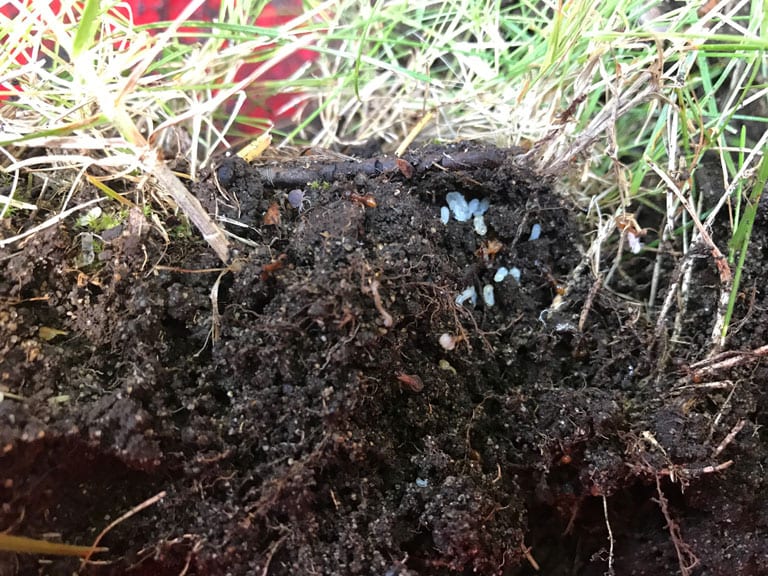 Colonies frequently migrate from one site to another. The queen needs only half a dozen workers to start a new colony. Workers can develop a new mound several hundred feet away from their previous location almost overnight.

–> Need Help Removing Fire Ants From Your Home? Get a Free Quote <–

Fire Ant nests are often deep within the soil but without a visible mound, so traditional surface treatments do not work to eradicate them. In fact, if these smart insects sense that they are threatened, they may go into reproductive overdrive and/or move the nest to another location on the property. FFire ants are social insects that build nests, called mounds, by pushing up soil as they tunnel in the earth. They nest in almost any type of soil, but prefer open, sunny areas, such as meadows, pastures, parks, playgrounds, lawns and golf courses, as well as agricultural land and wilderness areas. 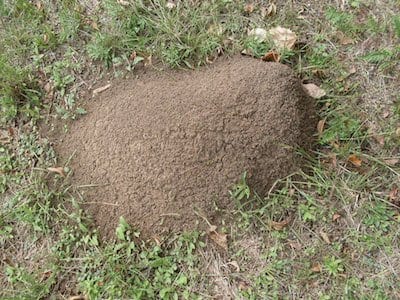 Unlike other kinds of ants, fire ants have no nest entry on the mound itself. They enter the nest via tunnels that may reach several feet or more beyond the mound itself. Though it is the most recognizable sign of the presence of fire ants, a mound is not necessary for the survival of a fire ant colony. During especially hot or dry weather, colonies tend to move deeper into the ground, foregoing the palatial mounds that are so obvious in moderate weather. New colonies may not build a visible mound for months or longer, depending on soil and weather conditions.

Why should you care about fire ants?

The BC Invasive Species Council suggest that "the invasion of fire ants is a public safety and ecological concern, and can potentially affect property values." A report by B.C. Ministry of Environment's Ecosystems Branch—a team of ecologists, environmental economists and city planners—speculates that European fire ants could end up costing the province more than $100 million annually in 20 years, not including decline in property values of affected homes.

What else do I need to know about Fire Ants?

The fire ants mostly invading the west coast however, are European Fire Ants which reside in nests completely below ground showing no sign of evidence on the surface. To this end, European Fire ants in Metro Vancouver can be a very challenging insect to locate.

Now let’s explore the European fire ant, and why we have them here in BC.

Next Up, Learn about the European Fire Ant -->

Westside Pest Control is the no1. Ant Control company in the lower mainland. In addition to fire ants, we also treat for Carpenter Ants and Pavement Ants. If there is a need for professional help contact one of the team today on 604-559-9060. After a few simple questions, free estimates can be given over the phone for fire ant removal.