4 tips to prevent a rat infestation in your home 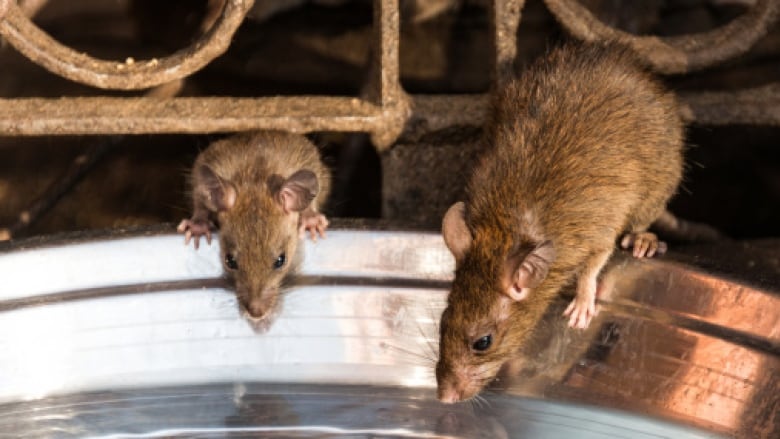 Metro Vancouver has experienced an increase in rats this summer and the rise in rodents doesn't seem to be slowing down.

The Fraser Health Authority has acknowledged that in particular neighbourhoods such as the Brentwood area in Burnaby, rat activity has spiked.

According to Mike Londry, owner of Westside Pest Control, the increased rat sightings are a direct result of the weather.

"During the winter, rats are typically clinging to life in our cold, damp climate. The last three winters have been relatively dry and mild so rather than the populations remaining steady, they're increasing in the winter and then spiking in the summer," he told the Early Edition's Rick Cluff.

Londry offered his top tips with dealing with a potential rat infestation in the home.

1. Don't be too quick to close the holes

Londry says it's basic instinct to panic when one spots a hole in the wall where a rat may have entered into your home. The most important thing to do is leave the hole open so that the rodent has a place to exit.

"The last thing you want is something dying in your walls," he says. Londry adds that entry points can also be a good indication of where to place a trap in order to best catch a rat.

Like so many problems, a rat infestation can be avoided altogether with proper prevention. Londry says making your home as unappealing to rats as possible can do wonders from stopping an infestation, even if it affects your neighbourhood.

"Keep your garbage secured and composts closed, keep loose foliage away from the side of your house and ensure there isn't a comfortable place for them to harbour."

Classic is best when considering what trap to use, says Londry. The victor snap traps are among the most effective when dealing with rats, but he says be sure to use large ones as the smaller versions intended for mice will only anger the larger rat.

Nutella, peanut butter and bacon are all good options when choosing a bait option for the snap trap. Despite what cartoons may tell you though, cheese isn't a super effective bait.

4. Under the hood rats

Londry says it's becoming increasingly common for rats to enter the underside of vehicles where the critters like to chew away at wiring.

"The wiring under cars are under much stricter environmental laws now… they follow the same practices which is making the wires out of soy-based products as opposed to the petroleum ones they used to use a few years ago."

While he acknowledges there isn't much a car owner can do once a rat finds a way into the hood, the best option is to prevent such a situation. One way to do that is to not park close to the areas where the rats finds comfortable.

If there's a lot of the foliage next to the spot on the road that you park, find a place that's a lot more open. If they do get underneath, make sure the engine is shampooed as quickly as possible.

Free estimates can be given over the phone for Rat control in Vancouver, Burnaby, Surrey, Richmond, or anywhere else across the Lower Mainland. Call us now at 604-559-9060 or contact Westside Pest Control by email.